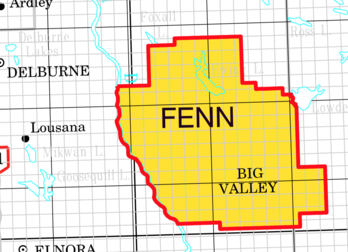 In the 1940s, the Alberta government asked the Investor Owned Utilities (IOUs) to bring power to rural Alberta. The IOUs declined, citing cost as a factor. Faced with this reality, Alberta farmers decided to tackle the task on their own. They organized co-operatives, also known as Rural Electrification Associations or REAs, and worked collectively to deliver electricity to rural Alberta.  With limited financing from government but committed to bringing power to their communities, farmers created community co-operatives known as rural electrification associations. In fact, many farmers cleaned brush, dug holes, erected poles and strung wires to mitigate the costs of bring power to rural Alberta. And as a co-operative, the REA members own the electric distribution system they helped build.

The REA Board of Directors, elected from the rural membership, regulates and manages the REA business. Members of an REA are responsible for making the REA successful by participating in the election of those Directors. Because REAs operate at cost, they provide a benchmark for electricity rates and tariffs. Unlike IOUs, they do not generate profits for stockholders, they produce savings for members. Fenn Rural Electrification Association was registered on July 9, 1951 and today remains as an example of grass roots co-operation in the REA tradition. As other co-operative Alberta REAs, FENN REA continues to be the benchmark of the true cost of electricity delivery to rural Alberta service area.

Uniquely Albertan….. In Canada, Rural Electrification Associations are only found in Alberta. However, rural residents in the United States have been using this co-operative structure for decades. The National Rural Electric Co-operative Association is a nationwide organization comprised of Rural Electric Co-operatives and other electrical companies that service rural areas in the United States. The association began in 1947 and operates from headquarters in Arlington, Virginia. The organization reports more than 900 companies as members. Together, these electric co-operatives provide service for more than 42 million U.S. residents, businesses and farms in 47 states.